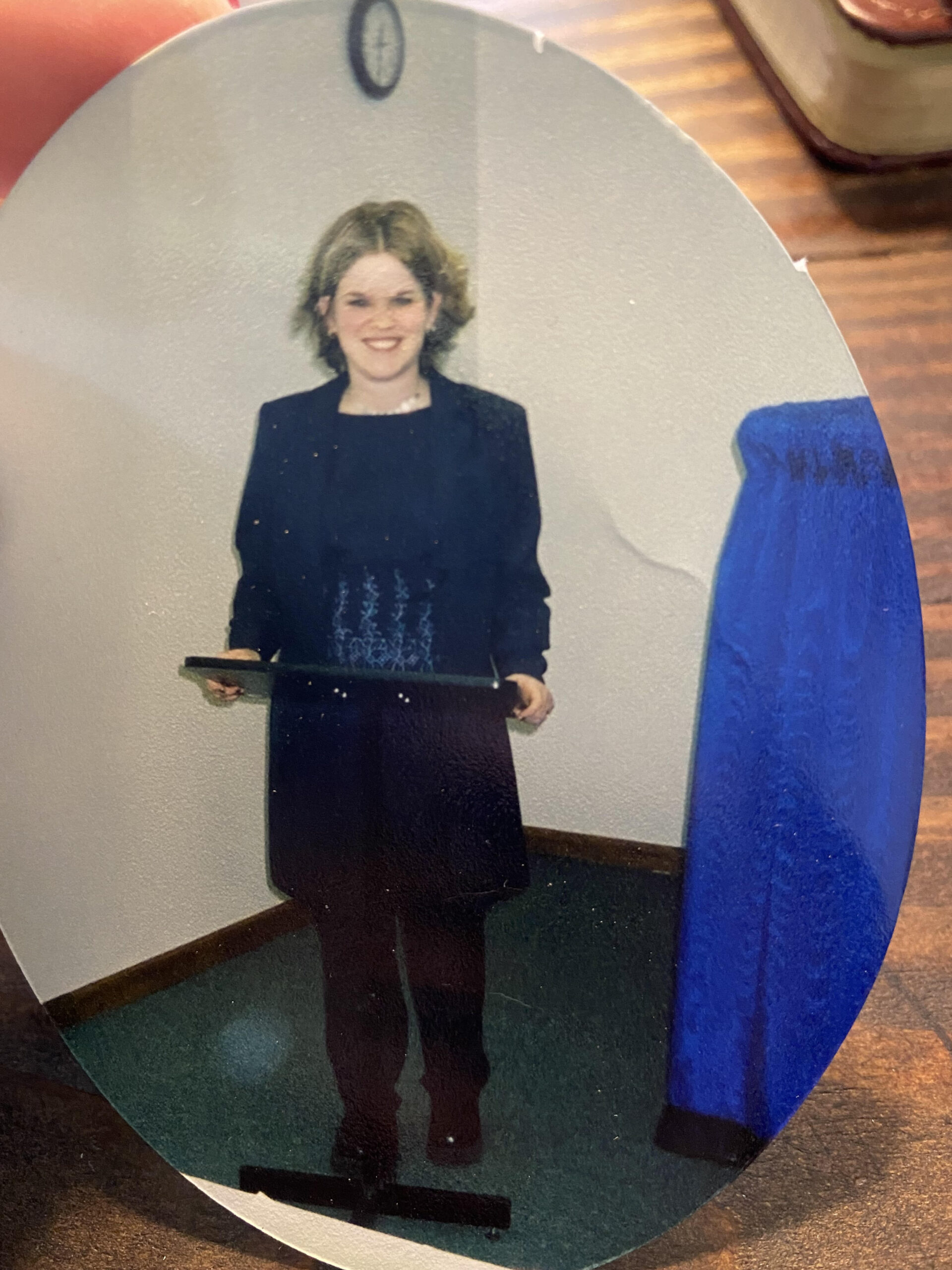 I’ll never forget one of my counselors explaining to me that we can stop developing emotionally at or around the point of our first major trauma. I was 25 at the time of the session, but I had a 14 year-old little girl huddled up inside my heart, hiding. You see, her safe, familiar world was turned upside down when her family moved to Upstate New York when she was just finishing middle school. No longer did she feel free, loved, seen. She felt exposed, misjudged, hurt, suffocated, angry. She was spending her formative years in an environment that wasn’t accepting or forgiving. And so she froze in time and hid. She became everything everyone else wanted her to become. And as each birthday rolled around, she grew further and further away from that little girl.

I burst into tears during that counselling session because I knew exactly who that little girl was and I was ready to embrace her again. But in order to do so, I had to also embrace who I had become in the meantime, and that was hard. I didn’t like who I was. And I didn’t like why I had become that person: Because people didn’t understand the difference between acceptance and approval and made me believe that the only way I could feel loved is by doing everything right and never getting anything wrong. I was more familiar with the emotion of shame than I was of love. I hated what had been done to me disguised in the Name of Jesus. I felt so afraid of him, so suffocated by guilt and religion that more often than not, I wished I wasn’t even a Christian anymore. It was just too hard.

It took me several years to get past my anger at who I was and what had been done to me. The more healthy I got, the more I wanted to go back in time and stand up for myself. I wanted to right all the wrongs done to me and my friends. But I couldn’t. There isn’t a blasted thing I can do to fix what has been. And so I had a choice: Could I begin to see my past differently? Could I see that the Jesus I was taught is not the Jesus in the Scriptures? Could I see that all the rules I was told to follow hold no power over my self-worth? Could I see that being a Jesus Follower isn’t suffocating – its a beautiful life full of freedom, grace, love, and forgiveness? Could I see that I had done my best with what I knew and what I had to keep myself alive in an environment that was dangerous and harmful and cost more people their futures and their lives than we care to admit? Could I get into counseling and begin to unwire my brain of the legalism/fundamentalism I was taught so I could begin to think and believe and live for myself? Could I love who I was and what Jesus has called me to?

Don’t get me wrong, I still get angry over things in my past. But I don’t allow them to create regret anymore. I would have never chosen what happened – but I had to face it and I faced it the best way I could with what little tools and knowledge I had at the time. Now that I know differently, I can embrace that little girl and tell her I’m sorry, I did the best I could, and from this point forward, things will be done differently. Not because I owe anyone anything. Not because I’m out to prove anything. Not because I need to make up for lost time. But because I know better now – and I know better because that little girl hid until it was safe to say, “Enough! No more! Let’s get back to who we are and who Jesus has made us to be!” I love who I am today and I know that I couldn’t be this person without who I once was. She made me into the compassionate warrior (my counselor’s description of me) that I am. And I wouldn’t trade who I am for anything.

Please don’t allow your past to sabotage your future by keeping you locked in a prison of regret, shame, and anger. You did the best you could back then. Now, you need to move forward and honor who God has made you to be and what he’s called you to do – TODAY.

I’m in your corner! Let’s get after it together!

The world is experiencing a mental health crisis. We all had trauma pre-2020, but we got really good at ignoring and coping with that trauma. Then the Pandemic, politics, racial tension, and global panic piled on top of that trauma and we attempted to carry all of it...